"Genocide involves the attempt to achieve the disappearance of a group by whatever means. It does not have to be violent, it could be a combination of policies that would lead to a certain group dying out."

"There is no place in modern Europe for ethnically pure states."

"Not to intermarry racially is bad for the survival of the country."

"The man of the future will be a mongrel. Today's races and classes will disappear owing to the disappearing of space, time, and prejudice."

"The Eurasian-Negroid race of the future, similar in its outward appearance to the Ancient Egyptians, will replace the diversity of peoples with a diversity of individuals." 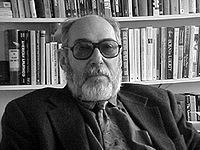 "The key to solving the social problems of our age is to abolish the White race."

"The goal of abolishing the White race is on its face so desirable that some may find it hard to believe that it could incur any opposition other than from committed White supremacists."

"We'll keep bashing the dead White males, and the live ones, and the females too, until the social construct known as the White race is destroyed. Not deconstructed, but destroyed."

"Treason to the White race is Loyalty to Humanity."

"The White race is the cancer of human history."

Mick Dodson, former Commissioner on the Australian Human Rights Commission, Aboriginal leader and member of the Yawuru peoples in the Broome area of the southern Kimberley region of Western Australia 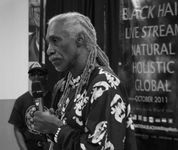 "We have to exterminate white people off the face of the planet."

"Abolish the White Race as a social group."

"Diversity is now in some parts of Europe seen as a threat. Diversity comes with challenges. But diversity is humanity's destiny. There is not going to be, even in the remotest places of this planet, a nation that will not see diversity in its future. That's where humanity is heading. And those politicians trying to sell to their electorates a society that is exclusively composed of people from one culture, are trying to portray a future based on a past that never existed, therefore that future will never be."

Frans Timmermans, Dutch politician and diplomat who serves as the First Vice-President of the European Commission

"You're [White people] on the endangered list. And unlike, say, the bald eagle or some exotic species of muskrat, you are not worth saving. In forty years or so, maybe fewer, there won't be any more white people around."

"The bill will not flood our cities with immigrants. It will not upset the ethnic mix of our society. It will not relax the standards of admission. It will not cause American workers to lose their jobs."

Ted Kennedy, U.S. Senator, speaking to the Senate regarding the introduction of the Immigration Act of 1965