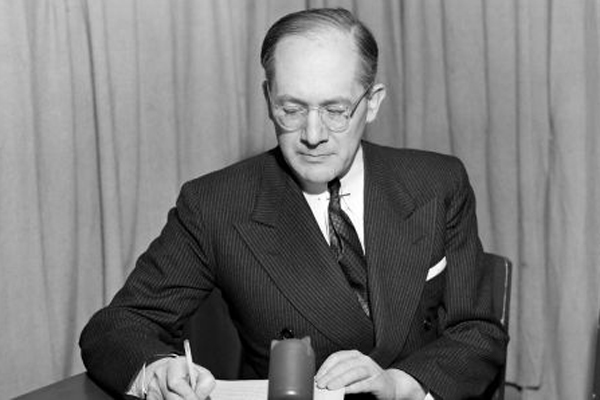 Raphael Lemkin (June 24, 1900 - August 28, 1959) was a lawyer of Jewish descent who emigrated to the United States from Poland in 1941. He is best known for his work against genocide, a word he coined in 1943 or 1944 from the rooted words genos (Greek for family, tribe, or race) and -cide (Latin for killing). He first used the word in print in Axis Rule in Occupied Europe: Laws of Occupation - Analysis of Government - Proposals for Redress (1944), and defined it as the destruction of a nation or an ethnic group.

Generally speaking, genocide does not necessarily mean the immediate destruction of a nation, except when accomplished by mass killings of all members of a nation. It is intended rather to signify a coordinated plan of different actions aiming at the destruction of essential foundations of the life of national groups, with the aim of annihilating the groups themselves. The objectives of such a plan would be disintegration of the political and social institutions, of culture, language, national feelings, religion, and the economic existence of national groups, and the destruction of the personal security, liberty, health, dignity, and even the lives of the individuals belonging to such groups. Genocide is directed against the national group as an entity, and the actions involved are directed against individuals, not in their individual capacity, but as members of the national group.